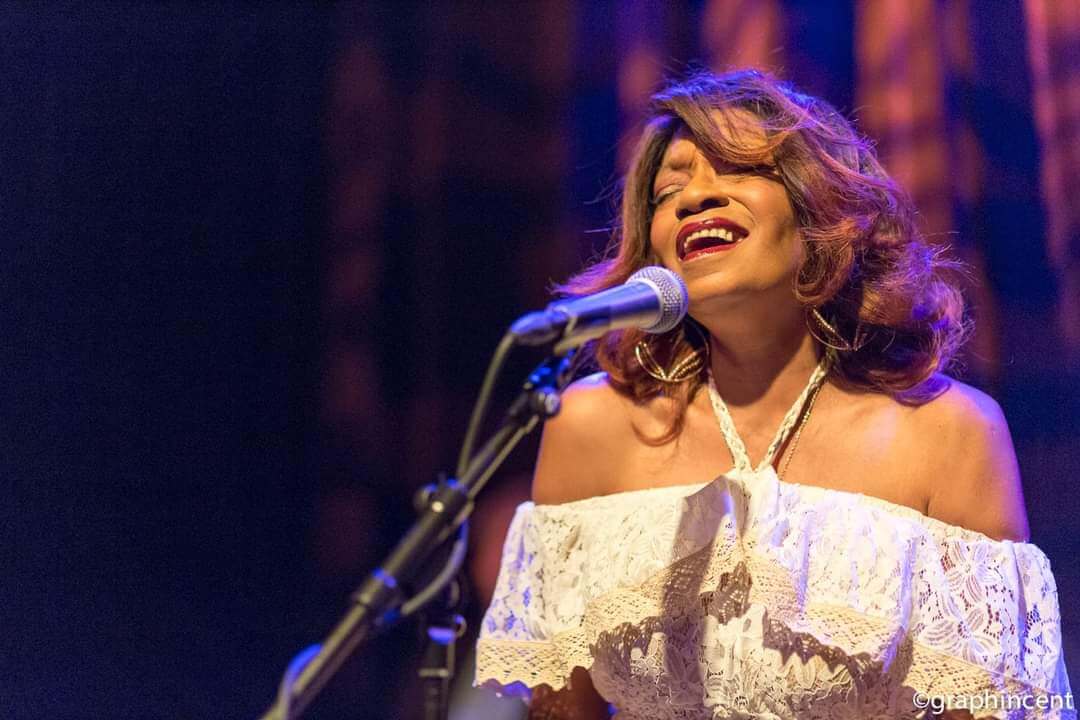 Singer Christine Wiltshire, originally a native of Brooklyn, New York started her professional career as in the Luther Vandross quintet LUTHER in 1976 and broke through internationally with the Patrick Adams’s group MUSIQUE by 1978 with international hits as “In The Bush” and “Keep On Jumpin’ “, which resulted in a Gold Record for album Musique and her group was nominated Billboard’s “Best Girl Group” as part of the group “Musique” in 1978. She also composed for the group.
Allthough not on the record cover of Alphonse Mouzon’s produced group POUSSEZ! Christine did all (lead-) vocals for that project.
Hits: “Come On And Do It” and “Never Gonna Say Goodbye”.

She got her biggest hit song with “Weekend”, originally recorded by Patrick Adams‘ studio group Phreek of which Wiltshire was a member. The song was heavily played by Larry Levan yet it was commercially unavailable so it did not enter any charts in 1976. In the early 1980s, William Socolov, the co-owner of Sleeping Bag Records, invited Levan to make a new version of “Weekend”. It became more successful than the original version, peaking at No. 54 on the British pop chart and No. 9 on the Billboard Dance chart in 1983.
And in 2016 “Weekend” is again re-released with Blaqhol Remixes and has entered some European charts.

Christine Wiltshire toured around the world with a.o. Luther Vandross, Zulema, Disco Tex and the Sex-O-Lettes, Samantha Sang, The Marvelettes & Marianne Faithful.
As a session singer she can be heard on recordings by a.o.Lou Reed (female vocals on “Walk On The Wild Side”), Melba Moore, Keith Richards (of Rolling Stones), John Phillips (of Mamas and Papas), John Lennon (of Beatles) & Yoko Ono, Jocelyn Brown, Zulema, Candi Staton, Loleatta Holloway, Eddie Kendricks (of The Temptations), Kid Creole and the Coconuts, Herbie Mann, Latoya Jackson, Cuba Gooding Sr. and Jimmy Cliff.
Through the years Christine now also developed herself as a Jazz and Standards singer and she performs songs from The Great American Songbook at Supper Clubs and intimate venues, next to her work as a Pop and former Disco singer.